While some preppers start out in the world of preparedness from a defense point of view, having grown up as hunters or just being around and familiar with firearms all of their lives, many of us have not been exposed to defensive issues.  Growing up in quiet suburbs where the population doesn’t generally hunt and there are very few issues with crime, the need for self-defense likely wasn’t a high priority.  But at some point, we wake up and realize the thin veneer of civilized life has the potential to come crashing down very quickly, and the best made preparations can be subject to theft or destruction.  It is at that moment if you haven’t thought of defense before that the idea takes hold.

Once we realize a need for defensive measures, many of us still seem to procrastinate.  We figure when the big economic collapse hits, we’ll have time to account for that as in a major crisis involving civil unrest, since the big cities will come unraveled first before any danger comes to our relatively smaller & safer location.  Unfortunately this is the result of normalcy bias, thinking that bad things only happen “to those people, over there” and “my area will stay as it always has been”.

This is a dangerous thought pattern to become trapped in.  It could be that a disaster is local or regional, and it can strike any town or area at any time.  Think of Katrina, or a major chemical spill, mudslide, wildfire, or gas leak which causes fires to rage out of control.  Even in a community with mostly good folks, there are always some bad seeds who will want to take advantage.   Such situations can unfold rapidly, and as we said with resolution #4, you’ll want to have your gear in place AND be trained up and familiar with it.  Keep in mind even with the popular big financial collapse scenario such as where the EBT & WIC cards start getting rejected, or the food & medicine stops rolling in, many people in quiet small towns who are normally well mannered will likely come unglued quickly.

Your first line of defense is always gathering intelligence while maintaining operational security – being vigilant in realistic monitoring & assessment of the situation around the country, but especially in your area.

What exactly are we talking about here when we say “defend the home”.  Obviously there is the human threat – every day criminals, looters, post-SHTF marauders.  There are also natural threats, the most likely being fire, flood, tornado, earthquake, and mudslide.

When defending against a human threat, the obvious go to solution is firearms.  Pistols and shotguns provide excellent short range defense, while so called “assault” and hunting rifles provide long range defense should the situation call for it.  There are many schools of thought into which particular guns are the best, and the reader is referred to many excellent articles online discussing those.  No matter which platform you choose, make sure: you train with it, and it is conveniently accessible while maintaining proper safety.  Another often overlooked consideration is acquisition of night vision gear.  Yes, it is expensive, but bad people most often do bad things in the dark of night, and if you are outnumbered or outgunned, night vision capabilities will likely turn the tide and give you a clear advantage.

Firearms are not the only solution to defense against humans, however, and it is wise to not make your defensive preparations solely consist of them.  It could also be that it is difficult to procure them due to heavy handed restrictions by your local or state government.  Pepper spray is an excellent deterrent to a home invader.  It is much cheaper than a firearm, and it is easy and reasonably cost effective to store a small hidden canister in every room, or at least every room which has a potential ingress point for an attacker.  It is likely that hitting an assailant will likely not permanently incapacitate them or cause them to flee the scene, but it will give you time: time to get away safely, time to get to your primary weapon, time to disarm them and turn their own weapon on them – depending on the situation.  Check local and state laws on pepper spray as they can vary widely. Other options to consider as potential weapons: knives, baseball bats, and yes even normal household objects you might find in any room such as a pan, statue, or vase – anything that can buy you time to safely get out of the situation.  Consider taking a course in hand-to-hand / martial arts defensive techniques as well – courses are widely available in many locations.

Preventing or deterring a human attack is also something to think about.  Dogs will provide an warning that will both alert you to something present around your home that should not be as well as deter an assailant to consider moving on to an easier target.  Landscape can be used as well.  For example, consider planting some beautiful rose bushes in front of your first floor windows.  To the neighbors, they are an attractive ornamental flower, but to a potential burglar, they potentially eliminate entry points to your house, often times meaning they must: either attack through a door, spend time pruning through the roses prior to accessing through a window, or most likely move on to a softer target.

Assuming a home invasion does occur, it is not a SHTF scenario and help is available, of course dial 911.  Most people do tend to carry their cell phones throughout the home which makes this readily available.  If you don’t, try to make a habit of that. 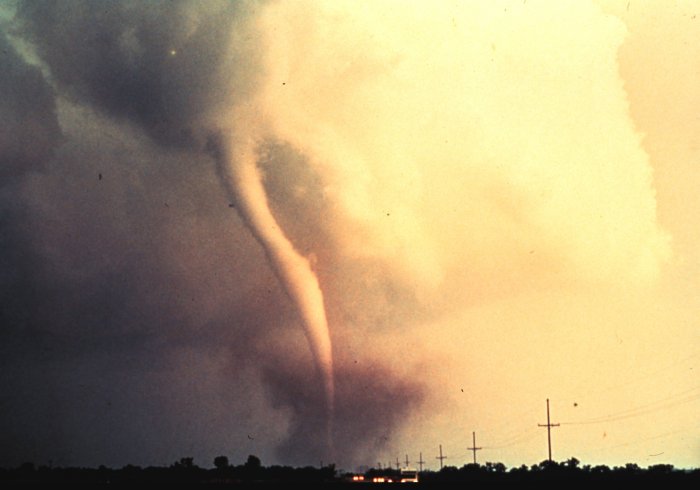 Natural threats also have a tendency to fall into our normalcy bias.  Since we’ve never had a fire, flood, mudslide, tornado, or earthquake, we assume we most certainly never will.  This is something we must work to overcome, as these things can strike in surprising places at unexpected times.

The most likely natural threat to our homes many of us will face is fire.  Working smoke detectors and staging small fire extinguishers throughout the house are the best lines of defense here.  It is also a good idea to have some emergency lights plugged in to hallway outlets so that if a house gets dark with smoke, the lights will illuminate and at least potentially provide some light to aid in exiting. Test these out on your gear maintenance schedule.

If you have a basement, you likely have a sump pump, which should be maintained to ensure if a flood happens, you’ll be ready.  It is a good idea to include the pump in your regularly gear check schedule, and make sure in the event of a power failure combined with flood, you still have an alternate source of power for the pump.  The basement is also your best line of defense of life for tornadoes, so keep some of your supplies down there, but elevated off of the floor in the event of a flood.

With earthquakes, most modern housing codes help ensure that a house is about as good as it could be to make it through.  Consider storing the majority of your preps so that if an earthquake should occur, the damage will be as minimal as possible.

Ultimately many of these natural disasters may be so severe that at some point it becomes beyond your ability to defend, and at that point it makes sense to “bug out”.  Short of that, however, if you haven’t seriously considered improving the defensibility of your home, or you have fallen into the “I have my guns, that’s all I need” mentality, you should ponder these points and consider how to take your home defense and deterrence capabilities to the next level.